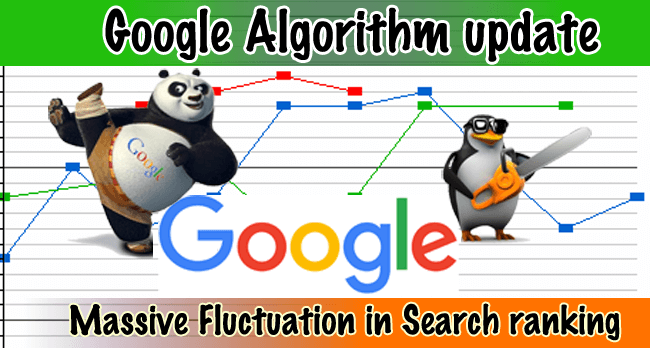 It is not a news site to report what exactly going on search engine world. I barely write a post related to the search engine movement. Consisting as a blog, purely focus on writing content only! As I decide to move toward full-time blogging, I have to rely on something to survive. So, I have few other websites (my bread and butter), which were running fine until yesterday! The massive Google Algorithm update yesterday put me in very difficult situation. The fluctuation in search ranking is very high in a negative sense for me.

The Google’s alone traffic is down by 25% (24 hours calculation and it is going for the worse) at the moment. I am not sure if this is the full rollout or it is partly and how effective it will be. Considering this is a big news for a small publisher like I, there is no news, info or anything yet from Big G!

As you can see in the screenshot above, the huge traffic fluctuation on March 8th, 2017 and it is not stopping yet.

The picture above shows the huge different in hourly base traffic, before and after algorithms updates and changes in traffic statistics. 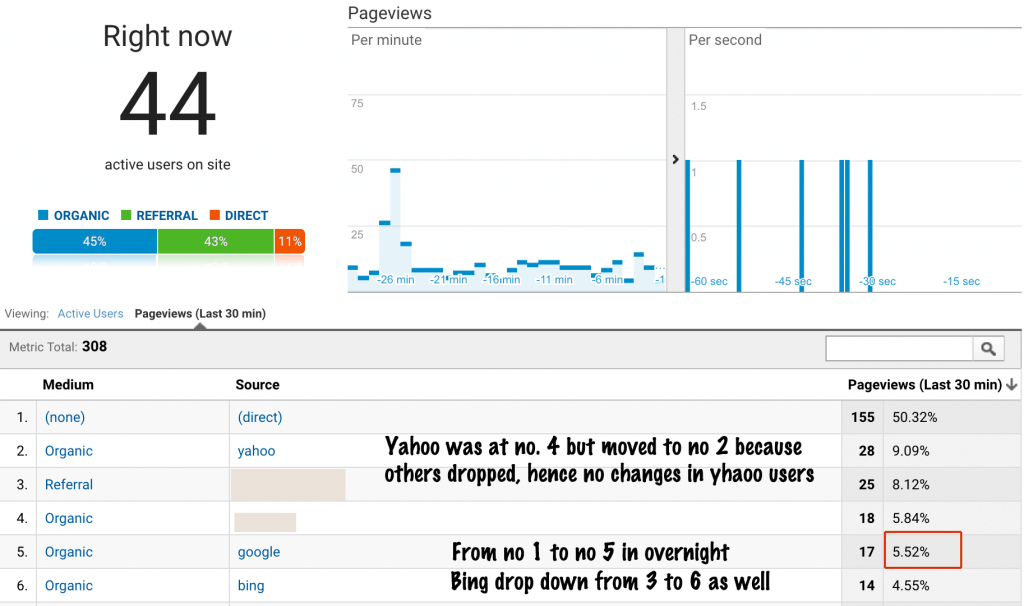 The real-time traffic has more to say I guess. A massive drop in Google organic traffic! and I can sense that it is heading in the worse direction. In my Google analytic, Google used to top or 2nd in traffic source colon in Google analytic and now it’s moved to no 5. If I deep analyze the in Google’s current traffic, sometimes it goes to 0 live users from Google, which means I will have the hard time in the day to come.

Very large number of indexing are also disappeared from google search results. Right now, Google shows 30% less indexing then yesterday indexing result. The website indexing in Bing has improved since the last post, but traffic from Bing as well dropping since yesterday.

I HAVE NO IDEA WHAT IS GOING ON, Can anyone suggest anything? Are you affected? Please have your say in a comment below!

I analyze the Google traffic in details in past 2 days and it is decreasing by 60.10% after the latest update. As Barry named this Google update as Fred (some weird name 🙂 ), I have enclosed the screenshot of the analyzed result.